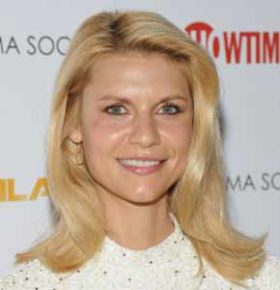 Emmy and Golden Globe winning actress, Celebrity Speaker Claire Danes, best known for her role as CIA agent Carrie Mathison on Homeland, got her start acting as a guest star on Law & Order and HBO’s Lifestories: Families in Crisis. She then landed her first full time role as Angela Chase in the short-lived drama series My So-Called Life, which despite being canceled after only 19 episodes, garnered her first Emmy nomination. The young actress was showing much promise at a young age, and in 2010 she was cast as the lead role in the HBO film Temple Grandin, and went on to win an Emmy Award for Outstanding Lead Actress in a Miniseries or a Movie, Golden Globe Award for Best Actress in a Miniseries or Television Film and a Screen Actors Guild Award for Outstanding Performance by a Female Actor in a Television Movie or Miniseries for her portrayal of the eponymous woman with autism.  2011 brought Danes’ most distinguished role as Carrie Mathison in the hit Showtime series Homeland. The critically acclaimed series, which Danes also produces, has won numerous awards including an Emmy for Outstanding Drama Series and the Golden Globe for Best Television Series- Drama, and along wit co-star Damian Lewis, Claire has won several individual awards including two Golden Globes and tow Emmys for her role as the bipolar CIA agent.

In addition to her television work, Celebrity Speaker Claire Danes is also very involved in the film and theater business.  She has starred in several major motion pictures including Baz Lurhman’s adaptation of Romeo + Juliet, The Rainmaker, and the 1998 version of Les Misérables. She also had the privilege of working with Meryl Streep in the Oscar nominated film The Hours, and got to be a part of the Terminator franchise as she was cast in Terminator 3: Rise of the Machines. Outside of the big screen, she has starred on Broadway making her debut in 2007 as Eliza Doolittle in the revival of George Bernard Shaw’s Pygmalion. Celebrity Speaker Claire Danes’ ability to master roles in anything from hit television shows to Broadway productions makes her one of the most versatile actresses in show business. Aside from being a talented actress, she is married to British actor Hugh Dancy and the two have a son, Cyrus, born in 2012.