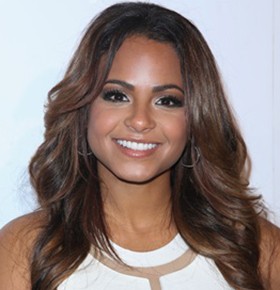 Celebrity Speaker Christina Milian is an award winning actress, mother and singer who has released such hit singles as AM to PM, When You Look at Me, Dip It Low, and Say I. She has released three albums as a music artist, the first named Christina Milian was released in 2001 followed by It’s About Time in 2004 and So Amazin’ in 2006. Christina has worked with such artists as Young Jeezy, T-Pain, and Lil’ Wayne.

Celebrity Speaker Christina Milian has starred in numerous motion pictures including American Pie, Love Don’t Cost a Thing, Man of the House, Torque, Pulse, Bring It On: Fight to the Finish, Ghosts of Girlfriends Past with Matthew McConaughey, and Baggage Claim in which she starred alongside actor Taye Diggs. She also was cast in the sequel to Get Shorty called Be Cool with John Travolta and Uma Thurman; and she contributed two songs to the film’s soundtrack. Her acting career also includes television appearances on Sister, Sister with Tia and Tamera Mowry, Charmed, Clueless, Smallville, Meet The Browns, CSI: Crime Scene Investigation and the ABC Family movie Snowglobe where she starred alongside award winning actress Lorraine Bracco.