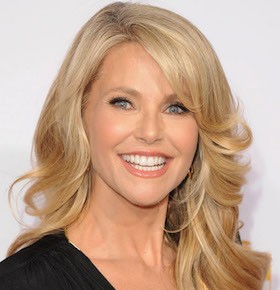 With her ageless beauty and equally refreshing entrepreneurial spirit, Health and Environmental Speaker Christie Brinkley is still making heads turn. Christie is probably best recognized as a well-known supermodel in the last few decades covering publications such as Sports illustrated Swimsuit Edition, Vogue, Rolling Stone, and Newsweek magazines. Over her career she has acted as a celebrity spokesperson for countless companies including many outside the health and beauty industry. She has been involved in advertisements for companies including MasterCard, Anheuser-Busch, Got Milk?, Revlon and Clairol. Her experience in both the modeling and advertising realms encouraged her to create her own line of cosmetic and beauty products including eyewear and a signature line of authentic skincare products released in 2015.

Her good looks landed her a career in modeling, but it’s her business savvy and philanthropic endeavors that have proved this supermodel is more than just a pretty face.

In 1976, Health and Wellness Speaker, Christie landed what would become the longest-running cosmetic deal in history when she signed on as the face of CoverGirl.

Her modeling career helped create opportunities for cameo appearances in TV and film. She appeared as the girl in the red Ferrari in National Lampoon’s Vacation and made several appearances in music videos for former husband Billy Joel. She hosted her own TV shows on CNN’s Living in the 90’s With Christie Brinkley and Lifetime’s highest rated special, In Style Celebrity Weddings. Christie was also an intricate part of the Total Gym home fitness infomercial alongside health advocate, Chuck Norris.

Christie is a longtime supporter of the Susan G. Komen Foundation and UNICEF. Her work with PETA to raise awareness on animal rights helped her win the Pet Hero Award- Humanitarian of the Year by Philanthropy Circle in 2013. From healthcare to the environment, Health and Wellness Speaker for hire Christie strives to make a lasting difference in the lives of others.