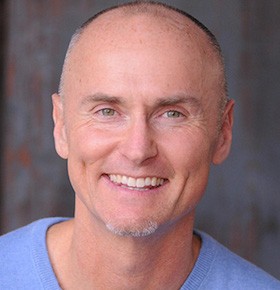 Business speaker Chip Conley is a businessman, author and speaker. He is the founder of Joie de Vivre Hospitality, one of America’s most successful boutique hotel brands. Conley has been named the “Most Innovative CEO” in the Bay Area by the San Francisco Business Times. Through his leadership, Joie de Vivre Hospitality expanded to more than 35 properties in California, and it is currently the second largest operator of boutique hotels in the United States. In 2013, Conley founded Fest300 and became the Head of Global Hospitality and Strategy for Airbnb.

At age 26, Conley built Joie de Vivre Hospitality, raising $1 million to buy Phoenix Hotel in San Francisco’s Tenderloin District. Conley initially targeted traveling rock bands, musicians, and filmmakers with his business, and he succeeded with his marketing efforts; celebrities such as David Bowie and Johnny Depp stayed at Conley’s hotel. In 2005, Joe de Vivre expanded into Southern California with hotels in Huntington Beach, Venice Beach, and Laguna Beach.  After Conley grew the company to more than 35 total properties in California, he sold a majority stake of the company to Geolo Capital.

Business Speaker Chip Conley exhibited a firm dedication to customers while running his business, and his company was awarded a Market Metrix award for best customer service in 2010. During this year, Conley spoke at the prestigious TED conference on creating a business model driven by Abraham Maslow’s hierarchy of needs. In addition to being an accomplished speaker, Conley is a successful author, having written four books, including the bestselling Peak: How Great Companies Get Their Mojo from Maslow. Conley is currently the Head of Global Hospitality for Airbnb, a business allowing people to rent out various forms of lodging.  In addition to his job with Airbnb, Conley is the founder of San Francisco’s annual Celebrity Pool Toss fundraiser, which has raised over $4 million for inner city families in San Francisco’s Tenderloin District.