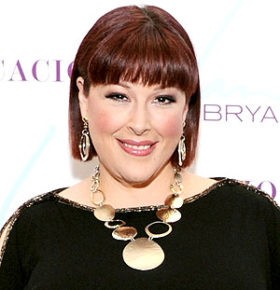 American singer and TV personality Carnie Wilson has enjoyed a career that has taken her down many routes of the entertainment industry. From starting her own successful music group to her own TV show and subsequent TV appearances, Celebrity Speaker Carnie has become a familiar face in popular culture. Throughout her career she has struggled with obesity and serves as a motivational speaker on health and morbid obesity issues.

As the daughter of Beach Boys band member Brian Wilson, Carnie’s natural talent as a singer helped form the music group Wilson Phillips with her sister Wendy and friend Chynna Phillips. The Grammy nominated band would release 3 albums and sell over 12 million copies, with 3 of their songs reaching #1 on the charts. During her time with the group she would also pursue a TV career which began with her own syndicated talk show Carnie! which aired from 1995-1996, a stint co-hosting the popular talk show The View, and minor roles in episodes of Sabrina, the Teenage Witch and That 70’s Show. The singer and TV personality published her first cookbook in 2005 titled To Serve with Love, which provided delicious recipes with a skinny and sinful version of each. She has published two other books about health and emotions titled Gut Feelings and I’m Still Hungry.

Carnie made appearances on season 4 of VH1’s hit TV series Celebrity Fit Club and an episode of ABC’s Celebrity Wife Swap. Her career led her to host several shows on the Game Show Network including her own Carnie Wilson: Unstapled in 2010. In 2013, Carnie showcased her ingenuitive cooking skills on the set of Rachael Ray vs. Guy Fieri: Celebrity Cook-Off and took 2nd place behind Tori Spelling’s husband Dean McDermott. Her cooking skills were again put to the test in the Food Network series Chopped: Tournament of Stars in which she defeated other former alumni of the Rachael vs. Guy cook-off to make it to the finale episode to compete against Olympian and women’s soccer legend Brandi Chastain, actor Michael Imperioli and comedian Gillian Vigman.