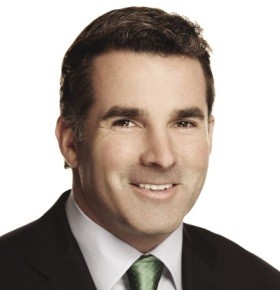 CEO of Under Armour

Business Speaker Kevin Plank is a globally renowned businessman who is best recognized as the CEO & Founder of Under Armour.

Kevin has built UA into one of the most prominent manufacturers of sports apparel and accessories in the world today. The UA line of products has now expanded exponentially from scientifically-designed performance shirts and on-field gear to off-field apparel and accessories. In January of 2016, Kevin unveiled UA’s latest foray into technology at the annual Consumer Electronics Show in Las Vegas. UA’s new program Health Box uses a scale, wristband and chestband to track heart activity and send data to UA’s existing health and fitness apps. In March of 2016, Kevin was hired as a featured conference speaker for the annual SXSW Festival.

Business Speaker Kevin Plank attended the University of Maryland from and graduated in 1996. He was the captain of the special teams on the Maryland football team and he’ll be the first to tell you he was the sweatiest guy on the field. This was the original inspiration for his brand, a t-shirt that wasn’t completely soaked after practice was over. So upon graduation, Kevin began researching different materials that would help wick sweat from the body and keep players dry during training and on game day.

In 1999, Kevin took a calculated risk that paid off for the future of his company in a major way. He took out a $25,000 ad in ESPN Magazine that would spark $1 million in direct sales the following year. In 2003, their first TV ad featuring the iconic scene and slogan, “We Must Protect This House!” helped make them a household name in sportswear. Fast-forward to 2010 and the company surpassed $1 billion in revenue that year. In 2012, Business Speaker Kevin Plank was ranked #3 on Forbes annual 40 Under 40 List. He now sits on the board of trustees for the Sporting Goods Manufacturers Association and the National Football Foundation.