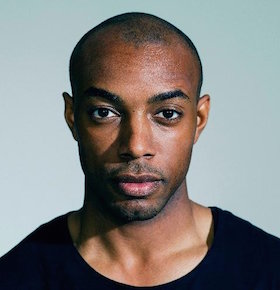 Business Speaker Casey Gerald embraces uncertainty. When someone tells him he can’t do something, he doesn’t hear them. Recently named one of the Most Creative People in Business by Fast Company Magazine, Casey is the co-founder of the MBAs Across America. This movement encompasses a growing number of business professionals and entrepreneurs working together to create a bigger platform for successful entrepreneurship in America. Together they shed light on entrepreneurs and businesses in small towns and big cities around the country outside of New York and Silicon Valley that can help further our society and build a stronger economy nationwide.

Casey is one of the top Business Speakers on the speaking circuit for conferences and leadership events. In March of 2016, Casey was hired as the opening keynote speaker at SXSW. He represents a new voice in America that is building for the future. He wants to use his knowledge as an MBA graduate from Yale and Harvard Business School to encourage others to question the boundaries and ideologies that hold us back from advancing as a society. In 2014, his stirring and courageous commencement speech at Harvard Business School established him as a thought leader for the future generation.

Business Speaker Casey Gerald began his professional career working in economic policy and government innovation at the Center for American Progress. Casey then moved on to become a strategist for startup ventures including The Future Project and doing some consulting for The Neiman Marcus Group. Since co-founding his own movement, Casey has shared his thoughts on TV programs and in prominent print publications including MSNBC, the New York Times and The Guardian.