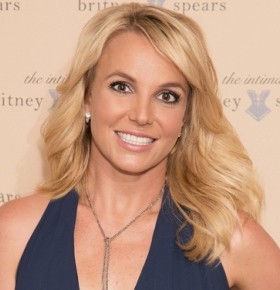 Celebrity Speaker Britney Spears is a musician, dancer, actress, and reality TV star best known for her musical talents which earned her the title of the Princess of Pop.

Britney got her start starring on Disney’s The New Mickey Mouse Club in the early nineties as one of the Mouseketeers alongside future music superstars Christina Aguilera and Justin Timberlake, and famous actors Keri Russell and Ryan Gosling. After the conclusion of the show, Britney Spears went on to work towards her dream of a musical career during her teenage years, and at age seventeen, she released her debut album entitled …Baby One More Time in January 1999. …Baby One More Time went straight to number one on the Billboard 200 in the United States and went Platinum twice after one month, selling over 10 million copies in its first year. The single, also called …Baby One More Time, earned Britney her first Grammy nomination for Best Female Pop Vocal Performance and remains one of the best-selling singles of all time to this day.

Throughout her career, Britney Spears would go on to release eight bestselling albums including Oops!…I Did It Again, Britney, In the Zone, Blackout, Circus, Femme Fatale, Britney Jean,  Her fourth album included the song Toxic for which Spears received her first Grammy Award in the Best Dance Recording category in 2005. She has received countless awards from other awards shows including the American Music Awards, the World Music Awards, People’s Choice Awards, MTV Video Music Awards, and more.

As the Princess of Pop,  Celebrity Speaker Britney Spears has been in high demand for product endorsements. Britney has worked with such brands as Pepsi, Skechers, Sony, Candie’s, and more. She also teamed up with Elizabeth Arden to create her first fragrance line called Curious in 2004 and her second, Cosmic Radiance in 2011; Britney’s fragrances have brought in $1.5 billion in global grosses for Britney and Elizabeth Arden.