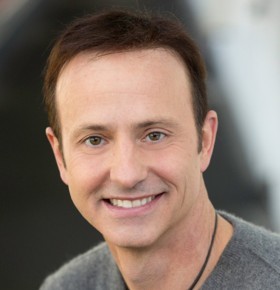 Olympic Speaker Brian Boitano is a former professional figure skater, known for winning the Olympic Gold medal at the 1988 Olympic Games but most recently best-known for his Gold Medal performance in the kitchen.

In 2009, Olympic Speaker Brian Boitano shared his passion for food with the world as his Food Network and Cooking Channel series, What Would Brian Boitano Make?, premiered to stellar ratings. On his show, Boitano introduces the audience to his vast variety of different recipes and how to cook them properly. Brian has also made countless other television appearances throughout his career, including NBC’s Today Show, Entertainment Tonight, The Best Thing I Ever Ate, Giada at Home, Top Chef Masters where he starred as a guest judge, and ABC’s hit daytime series, The Chew.

Olympic Speaker Brian Boitano is also a cookbook author whose first cookbook, entitled What Would Brian Boitano Make?: Fresh and Fun Recipes for Sharing with Family and Friends, was published in 2013. The former Olympic champion turned celebrity chef is a self-taught cook who aims to teach others how to cook delicious meals while still maintaining a healthy lifestyle. This message is seen throughout his cookbook with an endless supply of gourmet recipes that are as healthy as they are easy to make. His book has received rave reviews from colleagues in both of Brian’s professions, including fellow Olympic Gold Medalist figure skater, Kristi Yamaguchi, and from the culinary world, Celebrity Chef Giada De Laurentiis, Chef and restaurant owner Mitchell Rosenthal, and USA Today columnist, Christine Brennan.