Celebrity Speaker Edward “Bear” Grylls is a British survivalist, adventurer and television star that has claimed fame both in the United Kingdom and the United States.

Bear Grylls has become a cult icon amongst many for his distinct survivalist behavior on television. Celebrity Speaker Grylls joined the Territorial Army and remained there until 1997 prior to beginning his television career.  At 23, Grylls climbed to the peak of Mount Everest just 18 months after crushing three of his vertebrae in a fall from his time in the military.

Celebrity Speaker Bear Grylls has also done a variety of other treks and expeditions.  Some of these expeditions include circumnavigating the British Isles on Jet Skis, crossing the Atlantic Ocean on an inflatable boat, Para motoring over Angel Falls, an inflatable boat ride through the Northwest Passage and many more.

Grylls television career is highlighted by his lead role in the series Man Vs. Wild, that was also known as Born Survivor in the UK.  Bear starred in the survivalist program, which featured him being forced to navigate through seemingly impossible survival scenarios.  The show ran for 7 seasons spanning 76 episodes.  The show was a large commercial success and spurred numerous other opportunities for Grylls including his feature in a Man Vs. Wild video game.  Bear Grylls also was the leading role in a series called Worst Case Scenario featured on the Discovery Channel in 2010. In addition he served as the host for the NBC series Get Out Alive in 2013. In 2015, Bear began presenting a six-part ITV series Bear Grylls: Mission Survive which features eight celebrities on a twelve-day survival mission.

In 2009 Bear Grylls was appointed the Chief Scout of The Scout Association making him the youngest person to hold that position at age 35.  He is also an avid supporter of a variety of charities including Global Angels, The Prince’s Trust, SSAFA Forces Help, and Hope and Home for Children.  He also serves as the VP for The JoLt Trust, which takes underprivileged and disabled children on month-long expeditions around the world.  Bear Grylls is married to his wife Shara Cannings Knight, and they have 3 children. 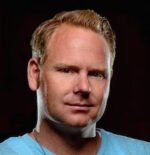 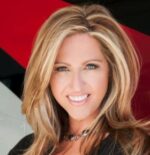