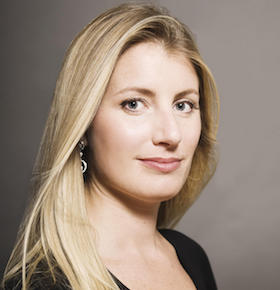 Alexis Maybank is a savvy businesswoman and entrepreneur that has had a hand in building some of the largest online shopping experiences in the world today. She is lauded for her position as the co-founder and Chief Strategic Officer of the Gilt Groupe. Gilt’s exciting online shopping space was the first to feature flash sales of today’s top designs for men, women, children while also featuring a home goods and travel section. Her work is responsible for the latest trend of flash sale internet websites that have become prevalent in the online shopping space and changing the way eCommerce is viewed forever. Alexis and her Gilt business partner Alexandra Wilkis Wilson wrote “By Invitation Only”, sharing advice and detailing their journey through the ups and downs of their hugely successful startup company.

Before becoming one of the founding members of Gilt, Business Speaker Alexis sharpened her business and entrepreneurial skills as the General Manager of all of AOL’s ecommerce businesses. She would later move on to become a member of eBay’s strategic team, and is responsible for creating and running eBay Canada beginning in 1998 and becoming what is now Canada’s biggest ecommerce business. Alexis also had a hand in creating and running eBay motors which is now the largest category of sold goods on the site, and reeled in over $2.5 billion in sales in the first 2 years. It was in 2007 when the Harvard grad would co-found Gilt and has since become an active member of the Council on Foreign Relations.

In 2009, Alexis was named to Crain’s annual 40 Under 40 list and the following year she was given Ernst and Young’s Entrepreneur of the Year Award. Gilt has been highlighted in several print publications such as GQ magazine, The New York Times, and InStyle magazine.