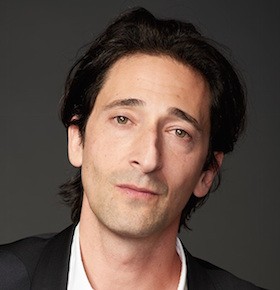 Celebrity speaker Adrien Brody has become one of the most respected actors Hollywood has ever seen. After taking over a decade to achieve the popularity and accolades he very much deserves, the road to success was without a doubt rocky. Adrien still managed to overcome all the obstacles during his journey, and emerged as a notable celebrity speaker whose success has exceeded other actors of his generation. Most recently, he is the star in History Channel’s mini TV-series, Houdini. The series is based off Harry Houdini, who was a master magician and illusionist that was known for his dramatic escape acts.

Adrien began acting at an early age and it quickly became his passion. While attending the American Academy of Dramatic Arts, he made his first film debut for PBS’ television movie, Home at Last. By the time he joined the cast of Steven Soderbergh’s King of the Hill, he had developed a professional acting career. He starred in Angels in the Outfield, Solo and The Last Time I Committed Suicide co-starring Keanu Reeves, Gretchen Mol and Claire Forlani. He also appeared in Summer of Sam, Love the Hard Way and The Affair of the Necklace with Hilary Swank.

In 2002, he had the opportunity to audition for Roman Polanski’s work, The Pianist, which was based on an autobiographical book during World War II by the pianist and composer Wladyslaw Szpilman. Adrien invested himself mentally, physically, and emotionally in the role and received huge accolades and critical praise. He was rewarded with the French Cesar, France’s equivalent of the Oscar, and was the only non-citizen to ever do so. He also won an Academy Award for Best Actor, making him the youngest Academy Award winner in that category. He received recognition from the National Society of Film Critics as well as the Boston Society of Film Critics. He followed up his success with his role in The Village, The Jacket, and in the 2005 remake of King Kong.

Adrien has appeared in Schweppes and Diet Coke commercials as well as Tupac Shakur and Mickey Rourke’s music video Bullet and Tori Amos’, A Sorta Fairytale. In 2011, he starred in a Stella Artois beer ad that premiered after the halftime show at the Super Bowl XLV. He also made an appearance in Woody Allen’s Academy Award-winning comedy Midnight in Paris.  In 2013, he appeared in The Third Man and American Heist, which he co-stars with Hayden Christensen. He played the role of Madame D’s son, Dmitri Desgoffe und Taxis in the 2014 award-winning comedy film, The Grand Budapest Hotel. In 2015 Adrien began his directing career by directing four new TV ads as Dodge expanded its “Dodge Brothers” ad campaign.

Adrien is a major supporter for charities such as the Barbara Davis Center for Childhood Diabetes, Hollywood Arts, Racing for Kids, The Art of Elysium and UNICEF. He is also an advocate for AIDS and HIV, at-risk disadvantage youths, slavery and human trafficking and human rights.