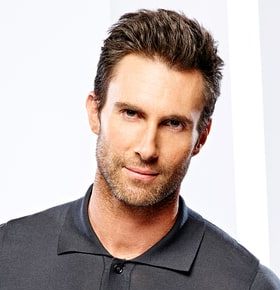 As the lead singer for the band Maroon 5, celebrity speaker for hire Adam Levine has released five studio albums including Songs About Jane in 2002, It Won’t Be Soon Before Long in 2007, Hands All Over in 2010, Overexposed in 2012 and V in 2014; all of which went Platinum in the United States. Levine shares countless awards with his bandmates including three American Music Awards, two Billboard Music Awards, and three Grammy Awards including the Grammy for Best New Artist in 2005 and Best Pop Performance By A Duo Or Group With Vocals in 2006 and 2008. In 2011, Celebrity Speaker Adam Levine signed on with NBC as a coach and judge for the reality music competition series, The Voice. He joined fellow music artists Blake Shelton, Cee Lo Green, and Christina Aguilera who also served as judges on the show. Levine proved his coaching abilities in season one as his team member Javier Colon went on to win the competition. After the show’s sixteenth season in 2019, celebrity speaker for hire Adam Levine announced that he would be leaving The Voice to spend more time with his wife, model Behati Prinsloo, and their two daughters, Dusty Rose and Gio Grace, making him a superb choice to have as a celebrity speaker at your next corporate event.

In June 2011, Levine took was booked to promote an educational campaign to raise awareness of ADHD. The project, titled “Own It”, was created by Shire and organized in collaboration with the Attention Deficit Disorder Association (ADDA), Children and Adults with Attention Deficit Hyperactivity Disorder (CHADHD). The endorsement targets people who were previously diagnosed with the disorder, focusing on how it may continue into adulthood. Levine, who himself was diagnosed with ADHD as a teenager, said: “This campaign is important to me because it can help young adults and adults realize that there’s a chance they may still have ADHD if they had it as a kid”.  Celebrity speaker Adam Levine founded his own record label, 222 Records in February 2012. He signed singers such as Rozzi Crane, followed by Glee actor Matthew Morrison and The Voice season 2 contestant and part of Team Adam, the singer Tony Lucca.

Celebrity speaker for hire Adam Levine is no rookie for endorsements for a diverse market. In September 2012, Levine was hired by the clothing company Bench to launch the menswear collection, following the company’s similar partnership with celebrity speakers for hire Lucy Hale and Joe Jonas. In January 2013, Levine was announced he booked a deal with Sears Holdings to launch a multi-department lifestyle brand to develop apparel and accessories collections.  The menswear collection was launched on October 1 that year and conducts business via Kmart stores and eCommerce. Moreover, he was hired by ID Perfumes to create his debut eponymous scent. The line was launched at the Premiere Fragrance Installation in Los Angeles in February 2013. The fragrances, consisting of scents for both for men and women, is sold at Macy’s department stores.

Aside from appearing on The Voice, Celebrity Speaker Adam Levine has appeared in acting roles as well. In 2012 he played the character Leo Morrison on the television series American Horror Story for three episodes. He starred in the film Begin Again in 2012. He has also appeared on other television programs as well, including Entertainment Tonight, Chelsea Lately, Late Night with Jimmy Fallon, Live with Kelly and Michael, The Ellen DeGeneres Show, Oprah’s Next Chapter, Piers Morgan Tonight, CBS, Entertainment Tonight and many others.

WORK WITH ADAM LEVINE: Would your organization like to hire Adam Levine for an endorsement, public relations campaign, or one of a kind appearance at your next conference or special event? Contact Celebrity Speakers Bureau today to hire Adam Levine or another great celebrity speaker via email at booking@celebrityspeakersbureau.com .