Major League Baseball All-Star and sports speaker for hire, Aaron Judge has taken the league by storm. Since debuting in 2017, Judge is a two-time All-Star and Rookie of the Year for the New York Yankees. Judge helped lead the Yankees to the conference championship in 2017, and has records among the likes of Yankee legends and Hall of Fame powerhouses Babe Ruth, Joe DiMaggio, and Lou Gehrig. This baseball speaker is in a league of his own.

Born in Sacramento, CA, this athlete speaker was a football, basketball, and baseball star in high school. His unique athleticism and strength led to him being called up to play outfield for the New York Yankees. This Yankees’ speaker even has a grouping of 18 seats known as the “Judges Chambers” where hand selected fans dress up like judges and root for No. 99.

When leadership speaker and motivational speaker Aaron Judge isn’t hitting home runs, he involves himself in the community. His most notable charity is his own, the All Rise Foundation. The All Rise Foundation empowers underprivileged children to reach their potential. The name is a play on his last name and the chants of “All Rise” that fills Yankee stadium every time he steps to the plate.

This New York speaker has also focused his efforts on preventing youth from partaking in negative social media activity. While one of the best speakers in New York City, Judge used his voice on social media with the #ICANHELP campaign dedicated to working with school students to remove pages dealing with harassment, impersonation, bullying, and more.

Aaron Judge is not only a keynote speaker, but has worked with some of the top CPG and hot brands in the world. Baseball player Aaron Judge’s endorsements range from Pepsi to JBL to Oakley.

To hire Aaron Judge for an endorsement, public relations campaign, or one of a kind appearance at your next conference or special event, Contact Celebrity Speakers Bureau today to hire Aaron Judge or another celebrity sports speaker via email at booking@celebrityspeakersbureau.com. 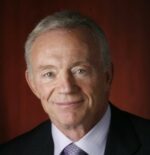 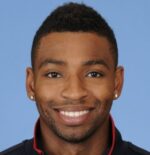 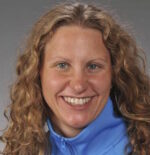