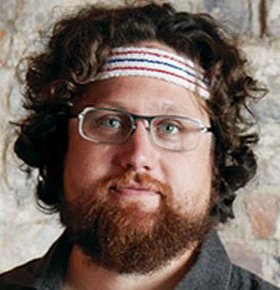 Celebrity chef speaker Zakary Pelaccio is a restaurateur, cookbook author, and television personality, best known for his Fatty Crab and Fatty ‘Cue restaurants in New York City. His innovative Southeast-Asian, French-Italian cuisine has earned him such nicknames as mini Mario Batali and the next Jean-Georges Vongerichten. In 2013, Chef Zakary Pelaccio and his wife opened his newest restaurant with his wife called Fish & Game. The restaurant, located in Hudson, New York, was a blacksmith shop during the 19th century which the couple renovated in to a cozy eatery which features local, seasonal ingredients in a rustic atmosphere.

Celebrity Chef Zakary Pelaccio is also the author of the bestselling cookbook, Eat with Your Hands, where he shares over 125 exceptional recipes which appeal to both professional chefs and home cooks at the same time. The book has received many accolades, including being named on of Eater.com’s 21 Essential Cookbooks and Food Books of 2012, New York Times’ 2012’s best cookbook, and Gourmand World Cookbook Awards for USA’s Best Asian Cuisine Book in 2012.

Chef Pelaccio has been featured on such TV programs as After Hours with Daniel Boulud, Food(ography), Unique Eats, and Food Network’s cooking competition series, Chopped, where he has appeared on several occasions as a guest judge alongside fellow celebrity chef judges like Amanda Freitag, Geoffrey Zakarian, Iron Chef Alex Guarnaschelli, Scott Conant, Aaron Sanchez, and Marc Murphy. Chef Zak also makes appearances as spokesperson for Malaysia Kitchen for the World in an effort to teach audiences about Malaysian ingredients and dishes. Pelaccio has been an advocate for Malaysian food since he traveled to Southeast Asia and fell in love with the cuisine shortly after graduating from college. It can be concluded that Malaysian cuisine has been the key ingredient to the driving force behind Pelaccio’s extremely successful career.