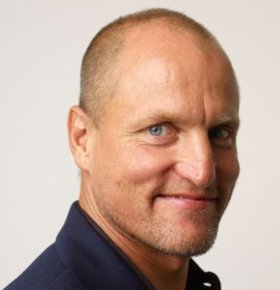 The brilliant actor and perpetual jokester is widely remembered for his early career work acting in 8 seasons of Cheers, the overwhelmingly popular NBC sitcom. He won an Emmy Award for his role on the show in 1989, but Cheers was only the beginning of Celebrity Speaker Woody’s foray into Hollywood prominence. Most recently, Woody starred in the HBO series True Detective alongside Matthew McConaughey.

Woody’s major breakout film roles came during the 1990’s such as hoopster Billy Hoyle in White Men Can’t Jump starring alongside Wesley Snipes. He would earn Academy Award nominations for his roles in The People vs. Larry Flynt and The Messenger. Woody is also remembered for his role as bowler Roy Munson in Kingpin. From Seven Pounds and The Hunger Games to Semi-Pro and Zombieland, Woody is a well-versed actor who has the ability to portray serious and comedic roles with equal success and ease.

After years spent acting on the big screen, Woody returned to TV in 2014 as a main character in the exciting new HBO series with Matthew McConaughey called True Detective. In November of 2014, Woody hosted the cult-classic TV show Saturday Night Live and kept the audience laughing along with a few of his fellow co-stars from The Hunger Games cast. The film adaptation of The Hunger Games book series has been met with high praise from critics and audiences around the globe.

Celebrity Speaker Woody Harrelson is an active humanitarian and environmental activist. He attended PICNIC’07 to exploration of technology, science, creativity, media and business to explore co-creation. As a proud vegan, Woody appeared on a postage stamp in 2011 as a part of a special collection of PETA’s 20 famous vegetarians. He has been involved in charity efforts with a number of organizations including UNICEF, Greenpeace, the Global Fund for Women and the Red Cross among others.