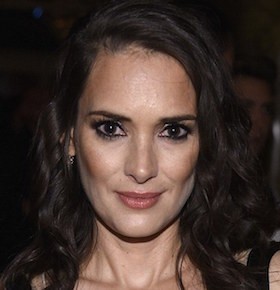 With her dark hair and large brown eyes, Winona Ryder has blossomed from child star to serious actress in front of America’s eyes. Her first role was in the 1986 film Lucas co-starring Charlie Sheen and Kerri Green, but most people remember her as the empathetic Lydia Deetz in her first big box office success Beetlejuice. By 1990, Celebrity Speaker Winona was being cast for films left and right, and found success again with Johnny Depp and Tim Burton in Edward Scissorhands. Despite her rising popularity and critical acclaim, her hard work burned the young actress out, but she took a brave step and reached out for help, checking herself into a hospital for exhaustion, anxiety, and depression.

After some recuperation, Celebrity Speaker Winona came back stronger than ever in the lead role for the 1994 novel turned movie Little Women, landing her the Academy Award for Best Actress, and several other films like The Crucible and Alien Resurrection alongside Sigourney Weaver. In 1993, Winona made her producing debut in Girl Interrupted. The film, which starred Angelina Jolie and Whoopi Goldberg, was an especially important project for the Golden Globe-nominated actress; she called it the “child of her heart.”

A few years later, Celebrity Speaker Winona rightfully earned her own star on the Hollywood Walk of Fame. She followed up the landmark Hollywood accomplishment with her most successful movie at the box office to date, Mr. Deeds with Adam Sandler, in 2002. Since then, Winona has made appearances in notable films such as Black Swan and Star Trek. Her talents as an actress are so highly praised that she did not have to audition for a role for seventeen years until 2011’s The Dilemma. After playing a wide variety of diverse movie roles, Winona has found equal popularity on the television screen. Winona has a couple projects in the works right now such as a couple of upcoming television series such as Show Me a Hero and Montauk. From Saturday Night Live to The Simpsons, the all grown up teen star remains one of Hollywood’s favorite actresses of all time.