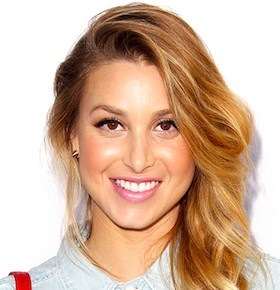 Fashion Celebrity Speaker Whitney Port made her MTV debut in 2006 on the hit reality television series, The Hills when Lauren Conrad, the star of the show, moved from Laguna Beach to Los Angeles to start a fashion career. Whitney joined Lauren as an intern at Teen Vogue for several seasons working for the West Coast Vogue editor, Lisa Love. The two then moved on to work for fashion publicist, Kelly Cutrone before the show ended in 2010. Following The Hills, Whitney Port accepted a position working for the famous fashion designer Diane von Furstenberg and where she had the opportunity to star in her own spin-off reality television show, The City. After a short career at DvF, Whitney went back to work for Kelly Cutrone’s company, People’s Revolution, in their New York office.

Whitney Port debuted “Whitney Eve”, her first fashion line, on The Hills in 2008 which gained much exposure for her as a fashion designer. By the conclusion of Port’s television series, The City, Whitney had further developed her clothing line which is now sold in one hundred fifty boutiques in the United States and in over twenty stores worldwide, including countries such as Australia, Canada, Indonesia, Ireland, Israel, Japan, United Arab Emirates, and the United Kingdom.

Also an author, Whitney published her fashion book in 2011 titled True Whit: Designing a Life of Style, Beauty, and Fun. In the book, Whitney Port shares fitness, beauty, and style advice to readers based on stories from her personal life. In 2012, Port was chosen to be a judge on Britain and Ireland’s Next Top model alongside Tyson Beckford, Elle Macpherson, and Julien MacDonald.