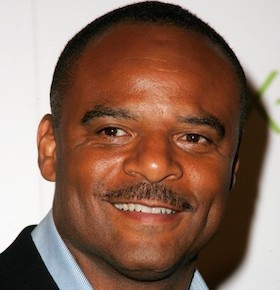 Warren learned the values of hard-work and responsibility at an early age. His father passed away from liver disease when he was only 7-years-old and he took on many household duties to help take care of his mother and 5 siblings. In high school, he knew he could only play 1 sport because he had to work to help support the family. He chose the gridiron.

Many college coaches wanted to convert Warren to other positions, but he was determined to prove his worth as a quarterback. He spent his freshman season with West Los Angeles College before earning a scholarship to play quarterback at the University of Washington. During his senior season with the Huskies, Warren recorded 1,772 passing yards, 12 TD passes, and a huge Rose Bowl victory over the heavily favored Michigan Wolverines.

But NFL coaches were still skeptical of Warren’s ability to compete at the pro level. So what did Warren do? He signed on as a member of the Edmonton Eskimos in the CFL and torched the league for 5 straight Grey Cup victories. During this span he also became the first pro quarterback to pass for over 5,000 yards in a season. He is now considered one of the top 5 players ever to play in the CFL.

His perseverance eventually paid off. Sports Motivational Speaker Warren Moon was signed by the Houston Oilers following the 1983 CFL season. He would go on to appear in 9 Pro Bowls from 1988-1997 and led the league in passing in both 1990 and 1991. Warren is currently the Titans franchise leader for passing yards with 33,685.

Contact Celebrity Speakers Bureau today if you are interested in booking Sports Motivational Speaker Warren Moon as a keynote speaker for your next corporate function, leadership conference, awards ceremony or special event.