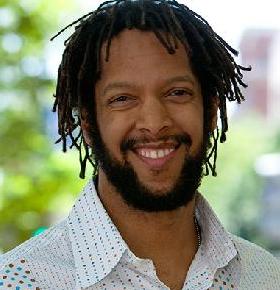 Celebrity chef speaker Warren Brown is a pastry chef, television personality, and bakery owner. While he didn’t grow up in a cooking family, nor did his cooking interests take off until he was older, his passion for cooking still got the best of him. Chef Warren actually practiced law for the US Department of Health and Human Services until 2000. It would be a new year’s resolution that changed his life as he looked to change the direction his career path was taking. Chef Brown quickly found a love for baking and designer cakes, and in 2002, he opened up his first bakery in Washington, DC, called Cake Love, which was followed by the Love Café the following year.

Over the next several years, celebrity chef speaker Warren Brown’s abilities for baking were recognized by Oprah Winfrey, the Washington Post, Reader’s Digest, People magazine, and was named one of Inc Magazine’s 26 Entrepreneurs We Love. He has also appeared on national television shows including Fox News, NBC’s Today Show, Dateline, and countless others. His bakery continues to have famed success that led to his first TV endeavors. Warren Brown was quickly recognized by the Food Network as a prominent chef in the baking industry. His continued eye for design of cakes and other baked goods eventually landed him a spot as the host of the Food Network’s “Sugar Rush”. Today, Chef Warren Brown travels all over for appearances and speaking engagements, telling his story about realizing his passion in life and leaving a high paying career to start all over with a dream of cooking and selling cakes.