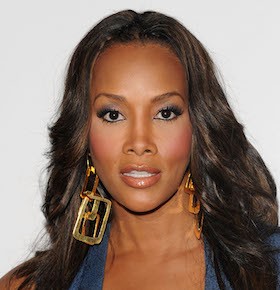 Vivica A. Fox is a Celebrity Speaker, actress, and television producer. As an aspiring actress, Vivica packed up and moved to Los Angeles to pursue her dreams and it paid off tremendously. After being discovered by producer Trever Walton, she got her start in soap operas such as Days of Our Lives, The Young and the Restless and Generations. Since then, Vivica has continued to move through the ranks of Hollywood.

Although she is best known for her roles in Set it Off, Independence Day, Soul Food, Kill Bill, Booty Call, and “Batman and Robin, Vivica has also hosted and produced numerous reality shows. Not only did she host TV Land’s The Cougar, she teamed up with VH1 as the executive producer and host of Glam God. She has also served as a judge on The Scarlet, headlined her own sitcom, Getting Personal, and appeared on the third season of ABC hit series, Dancing With the Stars. Vivica most recent work is filming for Independence Day 2 planning to debut in 2016.

Lately, Vivica put acting on hold and took a seat in the boardroom of Donald Trump for Celebrity Apprentice. Vivica will be among sixteen other superstars including musician Kevin Jonas and “Real Housewives” stars Kenya Moore and Brandi Glanville.

Because of her tireless efforts and passion for her career, Vivica has received numerous accolades. She was honored at the NAACP Theater Awards where she received the Spirit Award for producing and starring in the stage play, Whatever She Wants. She was granted another NAACP award for Image and the Prism Award for Best Actress in a Television Series—Drama as well as voted one of People magazines Fifty Most Beautiful People.

In Vivica’s spare time, she loves to give back to charity. She has been an avid support of the Gibson Girl Foundation, the Jackson Memorial Foundation and The Heart Truth.