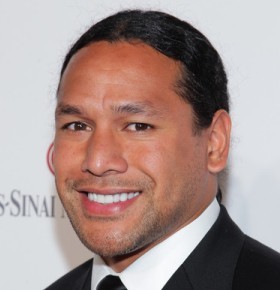 NFL strong safety and Sports Speaker Troy Polamalu has made a name for himself since breaking into the league with the Pittsburgh Steelers as the 16th overall pick in the 2003 NFL Draft. Made famous by his flowing Samoan locks and incredible defensive displays, Polamalu is widely known as one of the best strong safeties in the league today. His luscious locks garnered an endorsement deal from P&G’s Head and Shoulders along with multiple TV commercial spots with the company, and even prompted the company to take a million-dollar insurance policy out on his hair. Troy also was featured in a Coca-Cola ad regenerating the retro “Mean Joe Greene” commercial from Coke’s past, only this time the kid handing Troy a Coca-Cola Zero.

Sport Speaker Troy Polamalu, originally Troy Aumua, is of American-Samoan descent and hails from a football family with both uncles and cousins who have played and coached in the NFL. Troy officially changed his last name to Polamalu in 2007 after being raised by his mother’s brother Salu Polamalu. During the 2011 NFL lockout, Troy utilized his time and returned to the University of Southern California to complete his degree in history, a true role model for many including his quarterback Ben Roethlisberger who returned to school to finish his degree the following year.

Off the field, Sports Speaker Troy relies heavily on his Orthodox Christian faith and has become quite the philanthropist. The Troy and Theodora Polamalu Foundation focuses on supporting causes such as providing humanitarian aid to American Samoa displaced by the 2009 tsunami. He also started the Harry Panos Fund for Veterans which helps provide funds to United States veterans of foreign wars who are in financial trouble or need assistance dealing with health issues. Part of the proceeds from his clothing line bearing his long-haired likeness on t-shirts, hats and hoodies go to help fund his two charities. As a further testament to Troy’s appreciation for our veterans, he vowed to cut his hair, which has previously gone up to a decade without being cut, on Veterans Day to help support the cause of Veterans of Foreign Wars Mane Event.