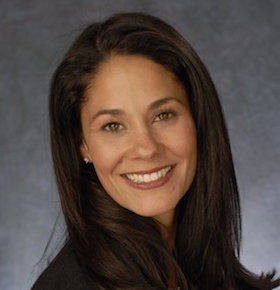 Sports Motivational Speaker Tracy Wolfson is setting a new standard for women in sports journalism. She is currently a sports reporter and network host for CBS Sports and covers the NBA for Turner Sports. In 2016, Tracy was the leading on-field reporter for CBS coverage of Super Bowl 50 and was the first to interview legendary quarterback Peyton Manning following the Broncos win. A few months later, Tracy was chosen alongside Jim Nantz and Grant Hill as a featured commentator for the NCAA Division 1 Men’s Basketball Championship Game.

Tracy earned her degree in Communications from the University of Michigan before beginning her career in broadcast journalism as a sports anchor with a local network in New Jersey. Her first foray into pro sports up-close and personal was as an anchor and reporter for MSG Network in New York. From 2002-2003, Tracy worked for ESPN covering college football, golf and arena football.

Since 2004, Tracy has been considered one of the top sideline reporters in college football bar none. During that span she has also been a part of the coverage for every U.S. Open tennis tournament and Men’s Final Four. During the NBA postseason, Tracy is enlisted as a lead sideline reporter for the NBA on TNT broadcasts. In 2014, CBS announced Tracy as the official sideline reporter for Thursday night and appointed Sunday afternoon games with partners Phil Simms and Jim Nantz.

Sports Motivational Speaker Tracy Wolfson has spoken at a number of events as her career has grown including college campus speaker series as well as the 2013 Intercollegiate Athlete Forum hosted by Sports Business Journal. A married mother of 3, Tracy understands the challenges of a good work-life balance and can relate to audiences in every walk of life.