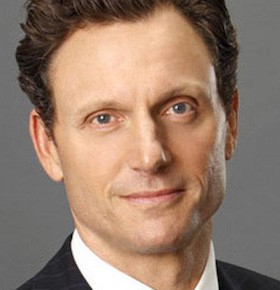 Before he was Kerry Washington’s love interest and the President of United States on the drama Scandal, celebrity speaker Tony Goldwyn had already established himself as one of the most versatile actors in Hollywood with his diverse background in acting. From voicing Tarzan in the Disney animated film of the same name to his memorable role of Carl Bruner in the acclaimed thriller Ghost alongside Whoopi Goldberg, Patrick Swayze, and Demi Moore, Celebrity Speaker Tony’s extensive résumé includes every role from good guy to villain. His acting talents extend even to the theater realm; he has starred in the Off-Broadway and Broadway shows in Spike Heels with Kevin Bacon and Julie White, The Water’s Edge with Kate Burton, and Promises, Promises alongside Sean Hayes and Kristin Chenoweth. In 2012, Tony took comprised Captain von Trapp in a benefit performance of the Sound of Music at Carnegie Hall that co-starred Brooke Shields, Laura Osnes, and Patrick Page.

Now known as President Fitzgerald Grant III, or Fitz for short, Tony and his Scandal co-stars Kerry Washington, Guillermo Diaz, Darby Stanchfield, and Jeff Perry have taken over weeknight television. The hit political thriller full of plot twists, secrets, and of course, scandals, won the 2014 Peabody Award for Area of Excellence – Television, and is one of ABC’s most popular shows. Tony returned to the feature film world in the 2014 futuristic movie Divergent as the father to the movie’s main character played by Shailene Woodley, but the Scandal star cannot stay away from political dramas; he is the creator and director of WE tv series The Divide.

Though Tony plays the wandering Fitzgerald Grant III on Scandal, in reality he is happily married to his wife Jane Michelle Musky, with whom he has two daughters.