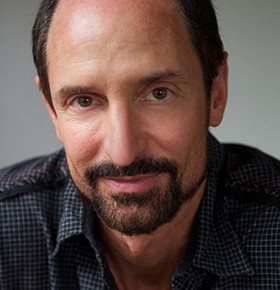 Entrepreneur and tech speaker for hire Tom Gruber is perhaps best known as the co-founder of Siri, Inc. Tom and his team are responsible for creating the Siri intelligence personal assistant and knowledge navigator. Siri, Inc. was acquired by Apple in 2010 and Siri is now a fundamental part of Apple’s iOS in all their devices. So if Siri has ever helped you find directions, answer a question or make that perfect recipe, you have Tom to thank for it! He is a true innovator of technology that augments human intelligence and makes our lives easier.

Siri, Inc. was founded in 2008. Tom served as a co-founder, CTO and VP Design for the company. While this may be his most well-known accomplishment, Tom has done so much more to advance the future of AI and collective human intelligence. In the late 80’s and early 90’s, he was a researcher at Stanford University’s Knowledge Systems Laboratory of the Computer Science Department. Tom was particularly focused on ontology engineering, and was at the forefront of semantic information sharing advancements and collective knowledge systems. Eventually he left Stanford to create his own products and companies built to support the idea of human collaboration and knowledge sharing.

In April of 2017, Tom gave a TEDxTalk sharing his own insights into the ways that AI can enhance all aspects of our lives. His vision is centered around humanistic AI that assist and collaborates with human beings instead of competing with them.

Today, Tom is a valuable member of the Apple development team responsible for advancements relating to artificial intelligence in current and future Apple products.

Would your organization like to hire Tom Gruber as a keynote speaker for your next tech summit or industry forum? Contact Celebrity Speakers Bureau today to hire Tom Gruber or another top tech speaker via email at booking@celebrityspeakersbureau.com .