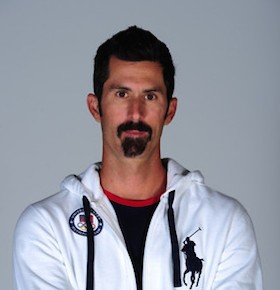 Olympic Speaker and professional beach volleyball player Todd Rogers is the former partner of Phil Dalhausser, 2007 FIVB World Champions and the Olympic Gold Medalists from the 2008 Summer Olympics in Beijing. In 2011 Todd and Phil Dalhausser set a new single season record for the most wins in a single season and finished the year ranked number one.

Todd teamed up with Theo Brunner in the 2014 season, winning the NORCECA event in the Cayman Islands.

Olympic speaker Todd Rogers and previous partner Sean Scott didn’t always have this success. In 2004, they were ranked #4 in the world and were beaten out for the top two available slots for the U.S. team. But, by the 2008 Olympics Todd Rogers and Phil Dalhausser dominated the competition to go on and win the gold medal against Brazilian team of Fabio and Marcio.