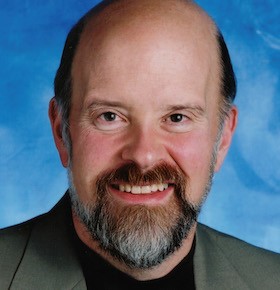 Business Speaker Terry Jones is an innovative tech entrepreneur and angel investor who is best known as the former CEO and founder of Travelocity.com. Aside from Travelocity, he is active in many other facets of business including as a founding Chairman of Kayak.com, accomplished author, venture capitalist, motivational speaker and consultant.

Before his time at Travelocity, Business Speaker Terry Jones spent 24 years at American Airlines ending his career there as the Chief Information Officer of its SABRE division. While at SABRE he took a team and an idea that ended up forming into Travelocity. Jones served as the initial CEO of Travelocity and held that position for seven years helping take the company public and leading it to sales that reached over three billion dollars.

After his time at Travelocity he quickly moved on to his next online travel project as a founding board member of Kayak.com. Here, Terry Jones once again revolutionized the world of travel sales and the company in 2013 was sold to Priceline for $1.8 billon.

Today he is taking on different roles with a handful of new companies. He takes on the role of venture capitalist with firms General Catalyst Partners and Sierra Angels. He currently sits on the board of thirteen different companies both private and public including travel service Boingo. Terry Jones is also the author of ON Innovation and Chairman/managing principal of ON Inc., a consultant firm that he founded.

Terry Jones is a highly-sought after and refined speaker who has delivered talks around the world on the topics of innovation, building digital relationship and how to be a leader in the age of technology. Contact Celebrity Speakers Bureau today to discuss hiring Business Speaker Terry Jones as a keynote speaker for your upcoming corporate conference, leadership summit, internal development meeting, or other business events.