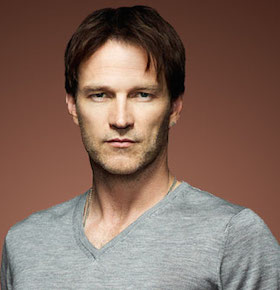 N/AEnglish actor and celebrity speaker Stephen Moyer has starred in several films and theater productions throughout his thirty plus year-long career in the entertainment industry, but he is most recognized for his portrayal of vampire Bill Compton in the hit HBO series True Blood. Moyer landed the lead role in 2008 and continued to play Bill Compton for the show’s six year run along with fellow cast mate and award winning actress Anna Paquin, who played the main character and Compton’s love interest, Sookie Stackhouse. Following in the footsteps of vampire Bill, Moyer began dating Anna Paquin off screen and the two were married in 2010.

Moyer has received critical acclaim for his work on True Blood, including being awarded the Scream Award in 2009 for Best Actor in a Horror Movie or TV Show and the Saturn Award for Best Actor on Television in 2011. He and his costars have also shared several awards including a People’s Choice Award for Favorite Premium Cable TV Show in 2013 and a Primetime Emmy Award for Outstanding Casting for a Drama.

Outside of his work on True Blood, Stephen Moyer has appeared on several other television programs as well, including BBC shows Waking the Dead, Casualty, and Lilies. He also starred in a recurring role on the USA Network miniseries, The Starter Wife alongside award winning actress Debra Messing. In 2013, Moyer auditioned for a part in NBC’s live television production, The Sound of Music Live! and won the role of Georg von Trapp, starring opposite award-winning music artist Carrie Underwood in the live broadcast.