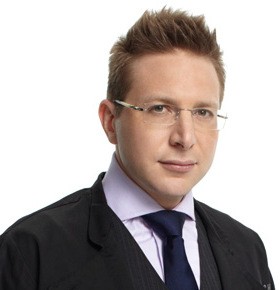 Celebrity chef speaker and restaurateur Stephen Asprinio was only 22 years old when he took over two wine programs at Caesar’s Palace in Las Vegas and was only 17 years old when he oversaw the fine dining kitchen at Boca Raton, Florida’s Cucina Nostalgia under chefs Anthony and Lisa Damiano.  A graduate of the Culinary Institute of America and the prestigious Cornell University, Chef Stephen is the youngest person ever to pass the United States Sommelier Association’s Certificate Examination. Chef Asprinio was also one of the youngest to pass the Court of Master Sommelier’s Certificate Course.

Over the years Celebrity chef speaker Stephen Asprinio has obtained his culinary training working under Iron Chef Morimoto Masuhara in New York City and with the chef and restaurateur Michael Mina as the Wine Director at NobHill in the MGM Grand Hotel & Casino in Las Vegas, Nevada. At 26, he opened his first restaurant, Forte di Asprino in Palm Beach, Florida. Within the first year of opening, Forte di Asprinio was named “One of the Top 10 Best Restaurants in the United States” by the Gayot Restaurant Guide. Stephen Asprinio was a contestant on Bravo’s Top Chef and serves on the Panel of Nation’s Top Chefs for The Atlantic Magazine. Celebrity Chef Stephen Asprinio is available for cooking demonstrations, hosting and endorsements.