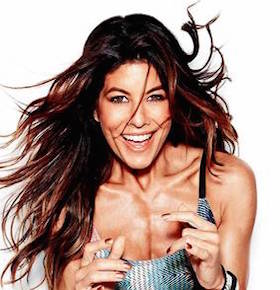 Lifestyle Speaker, fitness expert, and celebrity trainer Stacie Clark is a star on the rise. As the first ever Women’s Health Next Fitness Star she is well on her way to making a big name for herself in the media and in the health and wellness industry. It wasn’t by coincidence that Clark earned the prestigious title from Women’s Health magazine, she competed against thousands of other applicants when the publication announced their search for fitness’ “next big thing” in 2013. Stacie submitted her application to the national magazine and was chosen among four other applicants as the top five finalists. With over twenty years under her belt as a certified trainer in fitness and athletic development, Clark blew the other applicants out of the water and officially won the title of America’s “Next Fitness Star” which was announced live on NBC’s Today Show in August, 2013. As winner, Stacie was awarded the opportunity to star in Women’s Health magazine’s next fitness DVD series called Power Sculpt Series, which was released in January, 2014. The bestselling 2-DVD set features four workouts including 10-minute Belly Melt, 15-minute Speed Shred, 20-minute Metabolic Boost, and 30-minute Total Body Blast.

Prior to her career in health and fitness, Stacie Clark started out with a career in fashion, working for fifteen years as a Buyer, Brand Manager, and eventually Fashion Director for a popular department store. Throughout her earlier career, Clark developed the knowledge and skills needed to build and maintain a successful business. She also began to develop entrepreneurial curiosity in starting her own business in the fitness industry. In 2007, Stacie teamed up with fellow fitness expert and husband Chris Clark to launch their company, Tiger Athletics in Minneapolis, Minnesota where they still live today with their two children. The business continues to grow and be successful to this day.