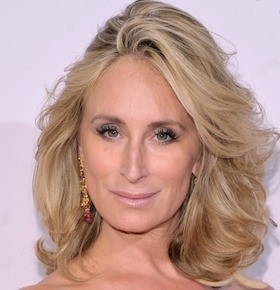 She is a graduate of the Fashion Institute of Technology and upon graduation, represented high-end luxury brands while trying to keep her morals and values in tack. Sonja Morgan was a model who traveled the world modeling and worked for a variety of restaurants across the U.S. as a consultant and manager.

Sonja is one of the most beloved housewives on the show, as she received the fan-chosen award for “Best Comedienne” for the show for four straight years. Not only is this impressive, but Sonja also has the largest following of any of the other housewives across social media, making her audience massive. For this reason, Morgan was one of the top earning celebrities of 2020.

Sonja has since been a recurring guest on Bravo’s late night series Watch What Happens Live, in addition to making guest appearances in numerous television series, most notably Difficult People and Kocktails with Khloe,.

The reality TV speaker is a single mother to daughter, loves art, decorating, gardening, skiing but is also an extremely passionate philanthropist. Some causes Sonja holds in high regard is to help charities which help children, animal rights groups, LGBTQ groups as well as performing arts foundations. Her first charitable award was the Singular Sensation Award in 1990 and most recently received the New York State Senate Award in 2013 for her charity work.

Being a single mother in addition to such a devoted philanthropist makes her an inspiration for all women, as she is able to manage these duties in addition to building a flourishing career.

Sonja is available for speaking engagements, hosting, and autograph signings.

TO WORK WITH SONJA MORGAN: Reality TV Speaker Sonja Morgan can be hired for endorsements and events in roles such as public speaker, autograph signings, SMTS, and public relation campaigns. 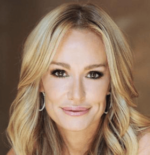