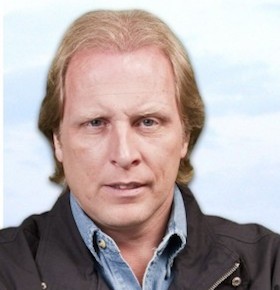 Growing up fishing with his father put seafarer Sig Hansen at a tremendous advantage. This celebrity speaker was able to learn all the skills necessary to become a captain and run a successful ship and business at the same time. Something about his aura makes his ‘employees’ want to work much harder even in terrible weather conditions they so often are put in.

Celebrity speaker Sig Hansen is one of three brothers that grew up fishing on the Northwestern, a crab fishing vessel, with their father. As a young child Sig sailed the Alaskan coast searching for crabs. Their family is praised for starting the crab fishing trend giving ships the option to work year round. Sig even had the opportunity to sail to his parents’ native land, Norway, in order to fish. After working his way through the ranks, Sig eventually became the captain of the Northwestern at age 24 and can be seen today on television series the Deadliest Catch sailing the seas bringing back the most poundage he and his team can find. For approximately twenty years the Northwestern, with Sig at the helm, has been one of Alaska’s top crab producers. In 2005 the Northwestern brought back the highest poundage and earned the highest dollars for the King Crab and 2006 for the Opilio contests on the show during the final derby seasons. His favorite thing about his ship is that there have been no deaths by any member of the crew since he became captain. Major injuries are at an all-time low among crab fishing ships as well, something Sig is very proud of.

In 2010 Sig became a published author after releasing his book entitled, North By Northwestern: A Seafaring Family on Deadly Alaskan Waters, along with partner Mark Sundeen. The book went on to reach the New York Times and Wall Street Journal’s best sellers list. Sig has also had his hand in voice over acting playing a role in the movie Cars 2, and has been a guest on The Tonight Show with Jay Leno.