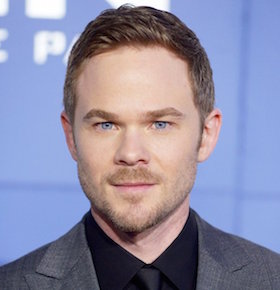 Canadian actor and celebrity speaker Shawn Ashmore, has been on the rise since his days starring in Disney Channel movies, like Cadet Kelly, and guest starring on the television series Smallville. Ashmore began pursuing his acting career after graduating high school, getting his start guest starring on television shows and acting in various television films. His first regular role was as Jake Berenson in the Nickelodeon show, based on a book series, Animorphs. The show ran for two seasons, and following the conclusion, Ashmore landed his next gig on the teen series In a Heartbeat, which ran for one season. He continued his trend of starring in television series as he played the part of Ged in SciFi Channel’s mini series Legend of Earthsea, then a few years later he landed his first big screen role in the 2008 horror film The Ruins.  Two years later he starred in another thriller, Frozen.

However, celebrity speaker Shawn Ashmore is most recognizable for his roles as Bobby Drake “Iceman” in the X-Men Franchise, and most recently Agent Mike Weston in the highly rated Fox series The Following, which also stars Kevin Bacon.  Ashmore has reprised the role of Iceman in X-Men, X2, X-Men: The Last Stand, and the summer blockbuster of 2014 X-Men: Days of Future Past. The role of Iceman in the X-Men movies is what made Shawn Ashmore a fan favorite. In X2 he was nominated for several awards including MTV Movie Award for Best Breakthrough Performance and a Teen Choice Award. Additionally the actor has reaped much success from The Following. The terrifying, yet brilliant show began in 2012 and became an instant hit with the critics and the viewers, described by The New York Times as “hard to turn off and even harder to watch.” Outside of acting, Ashmore is married to film executive Dana Renee Wasdin, whom he met while filming the thriller Frozen in 2010. He also has an identical twin brother, Aaron Ashmore who is an actor as well, best known for his roles in television series Smallville, Warehouse 13, and The West Wing.