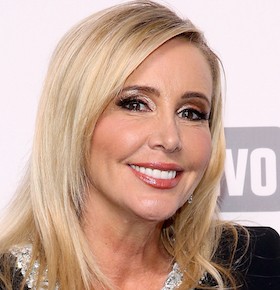 It is extremely rare for a reality star to make a major impact after only one short season on a respected show, but reality TV speaker Shannon Beador managed just that. She made her television debut when she was cast as a member for the hit series The Real Housewives of Orange County alongside Vicki Gunvalson, Tamra Judge, Heather Dubrow and Lizzie Rovsek. The Real Housewives consists of six reality television series that premieres on Bravo network and chronicles the personal and professional lives of several women.

Shannon immediately won fans over on the show with her unflinching honesty, quirky personality and unconventional ways. Recently, E! Online hosted a competition that consisted of sixty-four recent and former housewives and put them up against each other for six rounds. In the final round, Shannon and Caroline Manzo were the last two housewives remaining, but Shannon took home the title of  “Best Housewife Ever” with fifty-nine percent of the vote.

One thing that is of upmost importance to Shannon is living a holistic lifestyle. Because the health of her family means everything to her, she constantly strives to keep them non-toxic in a toxic world as much as possible.

Shannon spends her free time with her Feng Shui advisor trying to rid herself of any negative energy. She also loves to post tips and advice about her green routine on her personal blog that features nutrition, beauty, recipes and household topics. This allows her to spread the word about how living a healthy lifestyle can have positive effects not only on your physical health, but your mental shape as well.

Shannon brought a breath of fresh air to The Real Housewives of Orange County and made a lasting impression. There is no doubt that this isn’t the first or last time you will see celebrity speaker Shannon Beador.