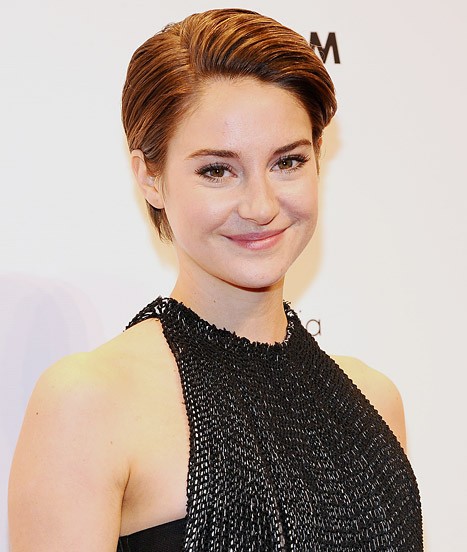 There’s something to be said for celebrities who are able to stay grounded during the highs and lows of their overwhelming careers and are able to maintain a positive attitude and a constant outpouring of love towards their fans and the public. Celebrity Speaker and actress Shailene Woodley is a truly unique talent whose carefree, innocent personality can’t help but bring a smile to your face. Her most prominent roles have come as the protagonist in film adaptations of John Green’s novel The Fault in Our Stars and Veronica Roth’s The Divergent Series. Her role as Beatrice Prior in the first Divergent film in 2014 brought her a new found international fan base that only adds to her already growing popularity in the United States. Shailene was chosen as GQ Magazine’s “New Favorite Crush” in 2014 and she appeared as a cover girl for one of the commemorative 2014 Men of the Year issues.

After several made for T movie roles and small roles on TV shows such as The O.C. and Crossing Jordan, Celebrity Speaker Shailene earned the lead role as Amy Juergens in the ABC TV series The Secret Life of the American Teenager. The show touched on teen issues such as teen pregnancy, cliques, self-esteem and other relatable issues that made the show a huge hit for female and teenage viewers. It was nominated and won several Teen Choice Awards as well as a Gracie Allen Award for Outstanding Drama.

Following the show’s success, Shailene made her big screen debut as Alex King in The Descendants. She received a nomination for Best Supporting Actress and won the Independent Spirit Award for Best Supporting Female for her portrayal. She starred as Hazel Grace Lancaster in The Fault in Our Stars in 2014, garnering praise from critics and opening up a host of new opportunities in her career. Her role as Beatrice Prior in The Divergent Series is her biggest film role to date, and she is set to appear in the epic 2-part movie finale scheduled to be released in 2016 and 2017.