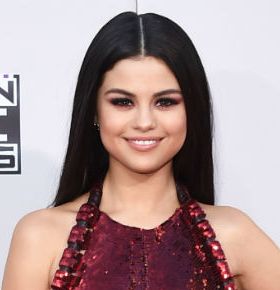 There’s no doubt that actress and singer Selena Gomez is well on her way to becoming an international icon. At just 21, her acting work in TV series such as Disney’s Wizards of Waverly Place to music albums and cracking the Billboard 100 charts has allowed this former Disney star to become a voice to her generation. Selena’s ongoing work as a UNICEF ambassador and spokesperson for a host of different charity campaigns and organizations has been a reflection of her desire to connect with her fans past her music and acting to make a difference in the lives of others.

Celebrity Speaker Selena got her start in front of the camera as a cast member on the popular children’s series Barney & Friends before landing a small role in Spy Kids 3-D: Game Over. Selena made appearances on Disney’s hit series The Suite Life of Zach and Cody and Hannah Montana before earning her lead role on the Wizards of Waverly Place. The Disney movie of the same title which released in 2009 was the cable TV’s highest scripted telecast with over 11.4 million viewers and helped earn the show its second Emmy Award. Selena and her band would release a total of 3 albums between 2009 and 2011, and would peak high on the Billboard charts. Her debut solo album Stars Dance debuted at #1 on the U.S. Billboard Top 200 chart which contained the song Come and Get it that went double-platinum according to the RIAA. Her music career was beginning to become a success all while she was continuing to film movies including Hotel Transylvania and Spring Breakers alongside James Franco and Vanessa Hudgens. Selena’s most recent single is titled Good For You and features A$AP Rocky.

Celebrity Speaker Selena has adventured into the endorsement and spokesperson world working with Sears and State Farm Insurance for several print and TV ad campaigns as well as developing her own fragrance and clothing line. Selena’s philanthropic work extends well beyond just her work with UNICEF to include acting as an ambassador for the Ryan Seacrest Foundation to work with St. Jude’s Children’s Hospital and the Hope for Haiti Now telethon following the devastating tsunami in Haiti.