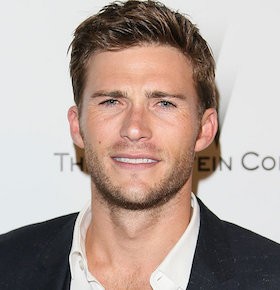 Celebrity Speaker Scott Eastwood is an actor seemingly following in the footsteps of his father, legendary actor Clint Eastwood. Scott’s acting career began in 2006 when he played his first role as Roberto Lundsford in the film, Flags of Our Fathers, which was also directed by his father. Since then, Scott Eastwood has starred in several other films with his father, including Invictus which featured Academy Award winning actors Morgan Freeman and Matt Damon, Gran Torino which Clint Eastwood directed and produced, and Trouble with the Curve which also starred award winning actress Amy Adams, actor John Goodman, and actor/singer Justin Timberlake. Scott also played characters in films not associated with his father, including You Got Served, Pride, and Texas Chainsaw 3D.

After flying under the radar for the first seven years of his acting career, a photo spread in Town and Country magazine along with a role in a film with a star-studded cast has turned the Hollywood spotlight on Scott Eastwood. The photo spread, which shows the actor channeling powerful men in Hollywood from the 1960s era, caused much public attention after it was published due to the striking resemblance between Scott and a younger Clint Eastwood. The photo spread went viral on the internet and Scott was named the Internet’s Newest Sex Symbol by ABC News. This publicity coupled with his role in the film Fury in which Scott Eastwood joins famous celebrities Brad Pitt and Shia LaBeouf in an action-drama war film was cause for a huge increase in media attention for the actor. Scott will appear in the upcoming romantic film, The Longest Ride, in 2015.