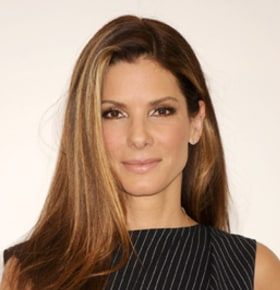 Celebrity Speaker Sandra Bullock is a widely-acclaimed and well-known actress, with over forty films to her name that have grossed over $1.7 billion to date. Though her list of awards is endless, Sandra is most notably the winner of an Academy Award and a Golden Globe, both for her 2010 sports drama The Blind Side starring fellow actors Quinton Aaron, Tim McGraw, and Kathy Bates. She has proved herself to be capable of a variety of roles, from the uptight executive in The Proposal (2009) with Ryan Reynolds to the comedic FBI agent played alongside Melissa McCarthy in The Heat (2013). Sandra other distinguished works include 2014’s Gravity in conjunction with co-star George Clooney and 2004’s Crash, played alongside big names Don Cheadle, Terrance Howard, Chris “Ludacris” Bridges, Matt Dillon, Thandie Newton, among others.

Celebrity Speaker Sandra Bullock is one of the biggest names in print and Hollywood today, and her star power is extensive. In 2010, Sandra landed a spot on Time’s 100 Most Influential People in the World and was chosen as People magazine’s Woman of the Year. Having been featured on their cover before, Sandra was also #12 on People’s list of Most Beautiful People in 2011. As Sandra quickly became a favorite for audiences, critics, and directors alike, she was named Entertainment Weekly’s Entertainer of the Year in 2013. She has graced the fronts of Marie Claire, Glamour, Baazar, Entertainment, and has been featured on Vogue’s cover five times thus far. After the success of her most recent movies, Sandra is one of the most demanded actresses today, and shows no signs of slowing down anytime soon.

However, Celebrity Speaker Sandra is more than just a pretty face. An avid supporter of the Red Cross, Sandra has donated millions of dollars to support their relief work, and made generous donations to worldwide disasters such as the earthquake in Haiti, the oil spill in the Gulf of Mexico, and Japan’s 2011 earthquake. Following her work with and adoption of Warren Charter High School in New Orleans, which was devastated by Hurricane Katrina, Sandra earned the first-ever Favorite Humanitarian at the People’s Choice Awards in 2013. From her involvement in important causes and selfless choice to adopt son Louis as a single mother, it is apparent that Sandra is more than just an actress, but a genuine and candid person.