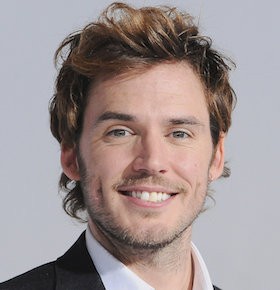 Much like his young costars, Sam Claflin will likely be known for years to come as Finnick Odair, the character he plays in The Hunger Games: Catching Fire. The actor and celebrity speaker made his first appearance on the Hollywood scene in 2011 portraying the role of Phillip Swift in the film Pirates of the Caribbean: On Stranger Tides. Claflin joined a cast of esteemed actors including Johnny Depp, Penelope Cruz, and Judi Dench in the fourth installment of the Pirates of the Caribbean film series. The following year, Sam was cast in another box office hit film, Snow White and the Huntsman, where he played the supporting role of Snow White’s best friend. Claflin again found himself cast among another group of A-list celebrities, including Charlize Theron, Kristen Stewart, and Chris Hemsworth. In 2013, Sam appeared in the television film, Mary and Martha which also starred Academy Award winning actress Hilary Swank.

Sam Claflin got his role of a lifetime when he got the part playing Finnick Odair in the second film of the popular Hunger Games trilogy. In the movie, Claflin joins a young cast of actors whose careers have taken off due to the astronomical success of the Hunger Games film series, including Jennifer Lawrence, Josh Hutcherson, and Liam Hemsworth. Also in the film are award winning actors Woody Harrelson, Philip Seymour Hoffman, and Stanley Tucci.