Actress and Celebrity Speaker Sally Field has been known for her roles in TV and film including Gidget, The Flying Nun, Sybil, Smokey and the Bandit, Norma Rae, Absence of Malice, Places in the Heart, Steel Magnolias, Not Without My Daughter, Mrs. Doubtfire, Forrest Gump, ER, and Brothers & Sisters. Her more recent roles were The Amazing Spider-Man and Lincoln, which brought her Best Supporting Actress nominations for the Academy Awards, the Golden Globe, and the BAFTA and Screen Actors Guild awards. In 2014, she received a star on the Hollywood Walk of Fame for her contributions to motion pictures.

Her first TV show was on the series Gidget and she played a surfer girl. She had guest appearances on Alias Smith and Jones and Night Gallery. For her title role in Sybil,  she won an Emmy Award in 1977. She had her first signing role in The Flying Nun as she sang the theme song, “Who Needs Wings to Fly.”

Sally’s film debut role was in 1962 with a small part in Moon Pilot. The first major film role was in The Way West and in 1977 along with Burt Reynolds, Jackie Gleason and Jerry Reed Smokey and the Bandit was released as the #2 grossing film of the year. Sally was honored with an Oscar for her role in Places in the Heart and gave a now famous acceptance speech. In 1986 she appeared in the March issue of Playboy where she wore the classic leotard and bunny ears outfit.

She appeared on the popular show The Doctors to speak about osteoporosis, had a reoccurring role in ER, directed the film Beautiful, won an Emmy Award for Outstanding Lead Actress in a Drama Series for her role as Nora Walker in Brothers &  Sisters, had a voice role as Marina del Ray in Disney’s The Little Mermaid: Ariel’s Beginning and has been the spokesperson for Roche Laboratories’ postmenopausal osteoporosis treatment—Boniva.

Sally Field dedicated much of her time to women’s rights and serves on the Board of Directors of Vital Voices Global Partnership which has co-hosted the Global Leadership Awards six times. Sally is available for speaking engagements, endorsements, and satellite media tours.

TO WORK WITH SALLY FIELD: Celebrity Speaker Sally Field can be hired for endorsements and events in roles such as public speaker, autograph signings, SMT’S, and public relation campaigns. 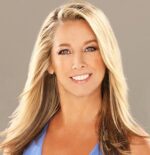