Celebrity speaker Philip Bailey is a prominent singer and songwriter in the R&B genre. Philip came to fame singing with the popular band Earth, Wind & Fire in the 1970s and continues to perform with the band to this day. Throughout his illustrious music career Philip has won 7 Grammy awards on 21 nominations for his work in both the R&B and Gospel genres. Earth, Wind & Fire has had dozens of members over the decades but Philip headlined the group along with brothers Maurice and Verdine White.

Philip was also able to forge a successful solo career, separate from EW&F. He most recently released an album in the summer of 2019 titled “Love Will Find A Way.” Philip has used both his solo career and work with EW&F to drive his passion for philanthropic causes. In 2007, celebrity philanthropist Philip founded the Music is Unity Foundation, which aims to provide the support necessary for youth to successfully transition to adulthood. The foundation works in a multitude of ways and receives a percentage of EW&F’s ticket sales which helps fund the organization’s efforts.

While not performing, Philip dabbles in public speaking. He once performed as a commencement speaker at Columbia University with fellow EW&F members, Maurice and Verdine White. In addition, as a member of Earth, Wind & Fire Philip has worked as a celebrity endorser appearing in commercials for companies like Panasonic, dating back to the 1980s.

WORK WITH PHILIP BAILEY: Would your organization like to hire Philip Bailey for an endorsement, public relations campaign, or one of a kind appearance at your next conference or special event? Contact Celebrity Speakers Bureau today to hire celebrity speaker Philip Bailey or another great celebrity speaker via email at celebexpertsmail@gmail.com or call (212) 410-2853. 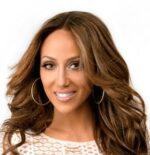