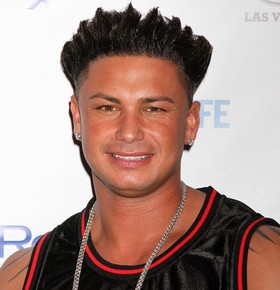 Reality TV Speaker Paul “Pauly D” DelVecchio continues to entertain people across the nation both on and off the screen as a music genius and reality television star. Pauly D is a disc jockey that gained fame on the MTV reality series Jersey Shore, the cultural phenomenon that follows eight housemates living at the Jersey Shore and, during Season 4, in Florence, Italy. Jersey Shore has become MTV’s most viewed series ever, and despite the criticism from the Italian American community surrounding the portrayal of the cast as “guidos” and “guidettes”, fans continue to tune in and catapult the cast members to fame. In 2010, Barbara Walters named the Jersey Shore cast to her list of 10 Most Fascinating People. In 2011 and 2012, Pauly D won the Teen Choice Award for Male Reality Star.

Paul “Pauly D” DelVecchio has used his popularity to become a celebrity DJ, and performed during a number of stops on Britney Spears’ Femme Fatale Tour. In 2012, Pauly D starred in a Jersey Shore spinoff, The Pauly D Project, which followed his path to becoming a successful DJ. Pauly D is also an exclusive resident DJ at the Palms in Las Vegas, Nevada. DJ Pauly D continues to work on upcoming albums to be released under 50 Cent’s G-Unit Records. Paul “Pauly D” DelVecchio is available for speaking engagements, infomercials, and personal appearances.

TO WORK WITH PAULY D: Celebrity Speaker Paul “Pauly D” DelVecchio can be hired for endorsements and events in roles such as public speaker, autograph signings, SMT’S, and public relation campaigns.