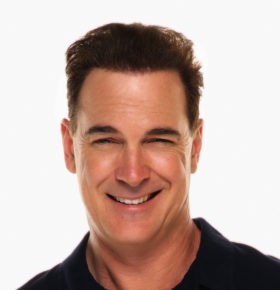 American bred actor and celebrity speaker Patrick Warburton is far from shy in front of the camera, but his strong captivating voice has been sought after by many producers and directors alike. Patrick’s voice can be heard from comedy’s, to dramas both in movies and television series.

Celebrity speaker Patrick Warburton knew he wanted to be an actor at an early age when he dropped out of college to pursue acting and modeling. He is most known for his role in the early 1990’s hit sitcom Seinfeld. TV Guide named the show the greatest show of all time, and it is undoubtedly true that Patrick had a hand in making that possible. Patrick has been in so many movies and television shows it is impossible to name them all. Men in Black II with Will Smith, Family Guy with Seth Macfarlane, Disney Channel’s Kim Possible, Hoodwinked, and Open season are just a few of the productions he has lent his solid deep voice to. He has worked with actors such as Jerry Seinfeld, Bryan Cranston, and Frankie Munoz. Patrick has even done work in amusement parks by being a voice heard over intercoms at Walt Disney World Resort. Patrick has provided his voice for the can as seen on the “NAPA Know How” commercials, as well as a computer for Apple. Inc.  Patrick has also appeared in Bee Movie, Kim Possible, Buzz Lightyear of Star Command, Hoodwinked, Scooby-Doo! Mystery Incorporated, and Mr. Peabody & Sherman, among others

Patrick was the spokesperson for Honda’s Good Reasons campaign and has worked with M&M and American Express. Patrick and his wife Cindy started a charity foundation that hosts an annual celebrity golf tournament each year in order to benefit the St. Jude Children’s Research Hospital. He has partnered with Precise Corporate Staging and is friends with Dominos, Carl’s Jr, and American Cab. The tournament has brought in celebrities such as Robbie Gould, Richard Kind, Erick Dickerson, and Dennis Haysbert.