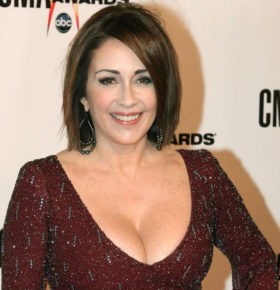 Celebrity speaker Patricia Heaton is an award-winning actress and producer. She is famous for playing the part of Debra Barone on the CBS show Everybody Loves Raymond from 1996 to 2005, for which she received two Emmy Awards. She is also recognized her portraying Frances “Frankie” Heck on ABC’s show The Middle. In 2011, TV Guide Network named Heaton among their Funniest Women on TV list. The following year, she received a star on the Hollywood Walk of Fame.

After graduating from the Ohio State University with a degree in drama, Heaton was recognized for her role in an acting group called Stage Three. Because of her impressive acting in this group, she was cast as an oncologist on the ABC drama Thirtysomething from 1989 through 1991. In 1996, she landed her breakthrough role as Debra Barone on Everybody Loves Raymond, for which she received two Emmy awards as an Outstanding Lead Actress in a Comedy Series. In addition to her Emmy Awards, Heaton also received two Viewers for Quality Television awards and a Screen Actors Guild trophy for her role on the hit series. Since 2009, Heaton has starred as Frances Heck in the TV show The Middle. In addition to her major acting roles in Everybody Loves Raymond and The Middle, Heaton has been featured in various films, including Memoirs of an Invisible Man, Beethoven, The New Age, and Space Jam. She has also starred in several television movies, including The Goodbye Girl; she was nominated for her role in this film at the 2005 Screen Actors Guild Awards. In addition to her acting roles, Heaton served as a producer for the 2005 documentary The Bituminous Coal Queens of Pennsylvania and the drama film Amazing Grace.

Off the screen, Celebrity Speaker Patricia Heaton has appeared as a spokesperson for the grocery chain Albertsons, and she has also appeared in advertisements for Pantene hair-care products. Heaton is a Catholic believer who is supportive of pro-life groups and causes, opposing abortion, euthanasia, and the death penalty. In 1998, Heaton became an honorary co-chairwoman of Feminists for Life, a group dedicated to economic and social support for women who decide not to abort their children. In 2002, Heaton released her memoir, entitled Motherhood and Hollywood: How to Get a Job Like Mine, a humorous and insightful collection of essays on topics such as love, marriage, success, parenthood, and fame.