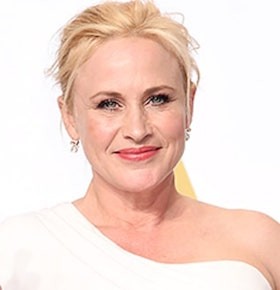 Celebrity Keynote Speaker Patricia Arquette is an American actress who took home the 2015 Academy Award for Best Actress in a Supporting Role for her role as Olivia Evans in Boyhood. The film was written and directed by Richard Linklater over a 12 year period to capture the natural aging process of its cast. The movie was a huge success in the box office and at industry award shows following its release. During her acceptance speech for the Oscar award, Patricia used the stage as a platform to draw attention to the gender wage gap and the plight of women in society. In March of 2015, Patricia debuted her new TV series called CSI: Cyber. She plays the lead role of Special Agent Avery Ryan, a cyber attack victim who became an FBI agent to put a stop to criminal activity on the deep web.

Before the release and eventual success of Boyhood in 2014, Celebrity Keynote Speaker Patricia Arquette was recognized for several notable film and TV roles.

One of her first major roles came as Kristen Parker in Nightmare on Elm Street 3: Dream Warriors. She was nominated for a Saturn Award for Best Actress for her role in the 1993 romantic crime film True Romance. Patricia also played roles in films including Stigmata, Holes, Tiptoes and Fast Food Nation. In 2005 she was cast as Allison DuBois in the NBC and CBS TV series Medium. She was a star in the lead role and the show would air for 7 seasons until 2011. She appeared in all 130 episodes. Patricia was nominated for A Golden Globe Award for Best Actress in a Television Series Drama 3 straight years from 2006-2008. She also was nominated for the Screen Actors Guild Award for Outstanding Performance by a Female Actor in a Drama Series 3 separate times during the shows airing.

Following the devastating earthquake in Haiti in 2010, Patricia and a friend founded the non-profit organization GiveLove. The organization has helped create a better environment in Haiti, rebuilding communities as well as providing support for better composting and ecological sanitation.