Business Speaker Pat Stryker is the granddaughter of Homer Stryker, surgeon and founder of Stryker Corporation, a medical technology company.  Pat’s grandfather invented a mobile hospital beds and started a company which now produces hospital beads, joint replacements, medical software and surgical cameras.  She inherited the company as a young woman after her father died in a plane crash.

Forbes estimates that the business speaker is worth at $1.3 billion making her the 279th richest person in the United States.  Pat is very active in political causes and has donated thousands of dollars to democratic causes.  She has also has donated to education, the arts and community programs through her Bohemian Foundation in Colorado.  Pat Stryker is available for speaking engagements, hosting and corporate appearances.

The low-profile heiress has been more active in civic life in recent years, with an interest in liberal causes. She donated $3 million to defeat a 2002 ballot initiative regarding bilingual education in Colorado In 2004, she gave $20 million to Colorado State University, mostly to benefit its football team.

TO WORK WITH PAT STRYKER: Business Speaker Pat Stryker can be hired for endorsements and events in roles such as public speaker, autograph signings, SMT’S, and public relation campaigns. 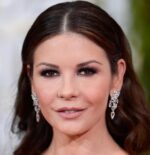