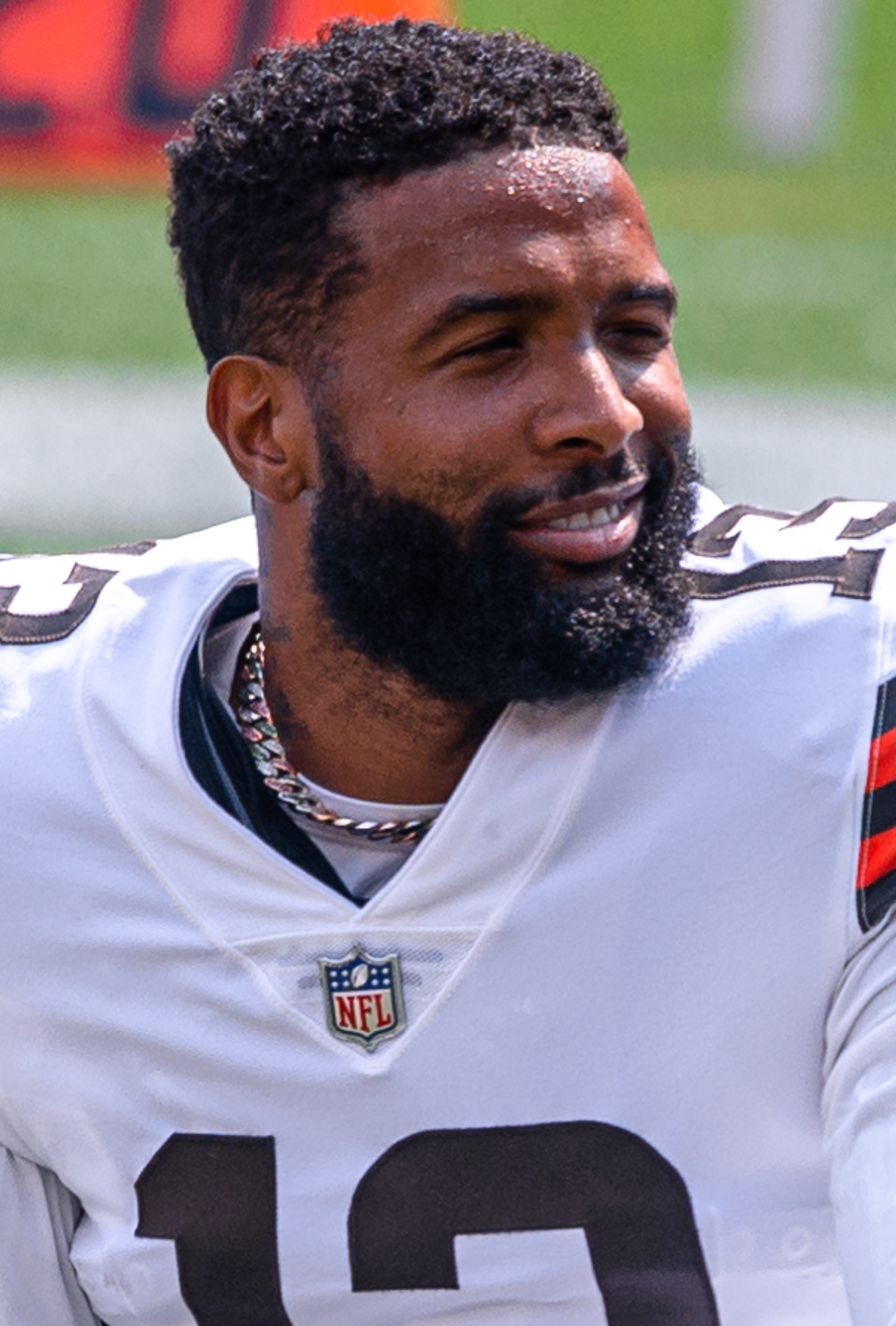 Celebrity Speaker and Super Bowl player Odell Beckham Jr. is the best wide receiver in the NFL, and undoubtedly has made the greatest catch in the history of football. While starting for the Los Angeles Rams, he alongside his quarterback Matt Stafford, brought their team to the Super Bowl of 2022. Don’t wait on booking athletes this season. Start with hiring Odell Beckham Jr. and motivational speaker for all of your events!

Odell Beckham Jr. played football for Louisiana State University (LSU) from 2011 to 2013. During his first year with LSU, he started in the BCS National Championship Game in 2012. By 2013, Beckham Jr.’s junior year, he won the Paul Hornung Award.

Without completing his senior year, Odell Beckham Jr. decided to go straight to the NFL Draft in 2014. In the first round, the New York Giants picked him with their 12th overall draft pick, where he was the third wide receiver selected.

He became the first NFL rookie in history to acquire more than 1,100 yards, 75 receptions and 10 touchdowns in his first season. Also breaking the most receiving yards per game for any rookie season. Due to this, he won the Offensive Rookie of the Year award in 2014.

During the same year, Odell Beckham Jr. also won the Offensive Rookie of the Year Award from Pro Football Writers Association. By 2015, he was on the cover of Madden NFL 16, who at the time was the youngest player to be featured on the cover.

With his career for the New York Giants, he was ranked the 10th top player by his peers on the NFL Top 100 Players of 2016. He also played in the Pro Bowl two times in his career thus far.

In 2019, celebrity athlete Beckham Jr. was traded to the Cleveland Browns. He only stayed with that football team for two seasons and then got picked up by the Los Angeles Rams in 2021. With his first season with the Rams, Odell Beckham Jr. helped his team in obtaining a spot in the Super Bowl LVI. Ultimately causing him to win his first NFL career super bowl championship.