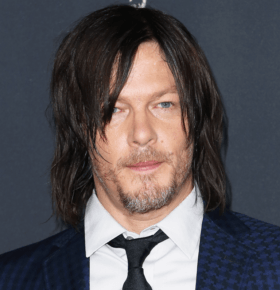 The rugged, talented heartthrob that is Norman Reedus got his start in show business in horror and action flicks, and has continued this trend today, as one of the current stars of the hit AMC television series The Walking Dead. Celebrity Speaker Norman spent years living in various places across the world, including Japan, the United Kingdom and Spain and earned a living working in Harley Davidson shops and contributing paintings, photos, and sculptures to art shows.

The aspiring actor finally caught his first big break in 1997 when he was selected to play the character Jeremy in Guillermo del Toro’s Mimic.  Reedus was now on the map in Hollywood, and the acting gigs started rolling in. He went on the earn roles in the films Floating, Six Ways to Sunday, Deuces Wild, Blade II, Gossip, 8mm, American Gangster, Hero Wanted, and Moscow Chill. Reedus’ most recognizable film role came in 1999 when he played the character Murphy MacManus in the action hit The Boondock Saints, opposite Sean Patrick Flanery.  The year 2010 perhaps marked the peak in Norman’s acting career when he landed the role of Daryl Dixon in The Walking Dead. The character was not in the original comic book series but upon seeing his audition the writers created the part specifically for him.

Unbeknownst to Norman at the time, this show would soon take off and become one of the most popular programs on television. The show went on to be nominated for various awards including the Writers Guild of America Award and the Golden Globe Award for Best Television Series-Drama. To top it all off, the season 4 premiere of the show set a record with 16.1 million viewers, making it the most-watched drama series telecast in basic cable history. Individually, Reedus was nominated for a Saturn Award for Best Supporting Actor for his role of Daryl Dixon and most recently he garnered the titles of Most Dangerous Man and Biggest Ass Kicker at the Guys Choice Awards.

This celebrity speaker has also done work in the modeling and music industry.  Reedus has modeled for top of the line designers such as Prada, Alessandro Dell’Acqua, Durban,Levi’s, and Lexus. For music, he has appeared in videos for popular artists such as the Goo Goo Dolls, Radiohead, and Lady Gaga. And let’s not forget about his talents in the art studio. He is a painter, sculptor, and photographer and frequently shows his artwork in galleries in New York, Berlin, and Frankfurt. In October 2013 he even released his own book of photography entitled Big Bald Head.