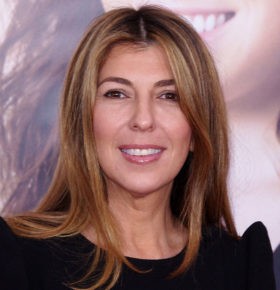 Colombian-born Nina Garcia is recognized all over the world by fashion lovers and television audiences alike as one of the expert judges on the hit series Project Runway. The successful Lifetime show has inspired numerous spin-offs worldwide and received a 2008 Peabody Award and several Primetime Emmy Awards. Celebrity Speaker Nina, alongside fellow judges Heidi Klum, Zac Posen, and designer mentor Tim Gunn, test the aspiring designers’ skills with difficult challenges, from creating a piece from apartment furnishings to designing for celebrities like Sasha Cohen and for the prestigious New York Fashion Week.

With over twenty five years in the style industry and connections to the biggest names like Alexander Wang and Tom Ford, Nina’s opinion and fashion is always spot on and sensible. Her expertise makes her a prime choice to serve as a style ambassador and advisor to many companies like JCPenney. Nina is recognized all over the world as one of the most respected figures in fashion, covering major fashion events in Paris, Milan, and New York and landing her on Good Morning America, CNN, Today, and The View; she was also selected to be the 2012 Academy Awards Red Carpet Live host for NBC.

In addition to being a Project Runway judge, she concurrently serves as Creative Director for Marie Claire magazine, but got her start in the public relations department of Marc Jacobs and as the Fashion Director of Elle magazine. Nina is the author of not one but four New York Times bestsellers: The One Hundred, The Little Black Book of Style, The Style Strategy and her most recent Nina Garcia’s Look Book. With a list of achievements longer than others, the fashionista was selected to receive both the Oracle Award from The Fashion Group International and the Individual Achievement award from the Hispanic Federation. Nina carries her weight in the fashion world with grace, honesty, and of course, style, being a supporter of new and veteran designers alike.