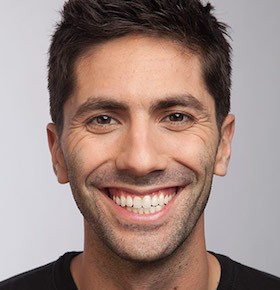 MTV has helped launch the careers of many prominent TV personalities and American producer, photographer, actor, and celebrity speaker Nev Schulman is well on his way to following in those footsteps. In just 2 seasons, his MTV series Catfish has become one of the network’s most watched shows and was based off the original documentary that filmed and documented Nev’s romantic relationship with a woman on Facebook. The success of the documentary and in turn hosting and producing his own MTV spin-off show has propelled Nev into new opportunities including becoming a brand ambassador in Europe for Jay-Z’s Rocawear streetwear brand.

Celebrity Speaker Nev was unsure about the validity of his online romance and took steps to meet his supposed online girlfriend in person. The documentary was filmed by his older brother Ariel and although Nev found out the person was not who she said she was, he would eventually find out the reality of becoming the victim of an online “catfish” was happening to many people. In 2 seasons, Nev and partner Max Joseph have visited the homes of 27 people to help them research the person they are supposedly in contact with and have then organized a meet-up between the two. Although few of the “catfish” have turned out to really be the person they claim to be, the suspense of the show has many viewers instantly hooked.

Nev has been involved in efforts to better his community including becoming a founding member of the Leave Out Violence organization’s Young Leadership Committee which focuses on minimizing violence among today’s youth. Before Catfish he studied dance for 5 years and is still an avid dance photographer. As a NYC photographer, Nev’s photos were featured in popular print publications including Vogue, The New York Times, and Dance magazine among others. Nev will expand on his exploration of social media and the online dating world in his new book set to be published in the fall of 2014. 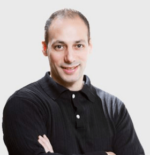